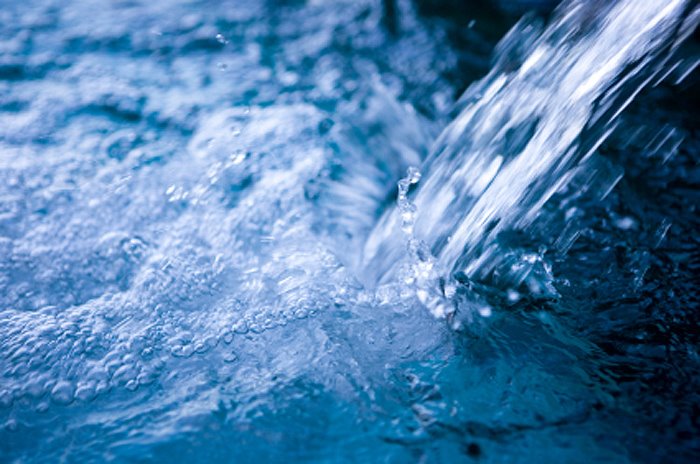 Building off of years of CDR experience with the Clean Water Act, CDR facilitated meetings regarding program revisions to Michigan’s Section 404 program.

The Clean Water Act (CWA) Section 404 requires permits for discharge of fill material into Waters of the United States. In 48 states, permits are issued by the U.S. Army Corps of Engineers (Corps). Through a Memorandum of Agreement (MOA) with the Environmental Protection Agency (EPA), Michigan is one of two states that have assumed the authority of the 404 permitting program. Michigan’s 404 Program must be consistent with CWA regulations. The EPA is responsible for oversight of the CWA, including assuring state programs, such as Michigan’s, meet the minimum requirements and are not less stringent than the Clean Water Act and implementing regulations.

In 2008, following a program review, the EPA identified inconsistencies between Michigan’s CWA Section 404 program and federal requirements. The EPA published the inconsistencies and required corrective actions in order for Michigan to maintain authority of its CWA Section 404 program. While the State of Michigan addressed many of the required corrective actions through PA 98 it also introduced additional program revisions including changes to the scope of jurisdiction over wetlands and other state waters, new exemptions and permit provisions as well as other program revisions.

The EPA and the Corps will interpret suggested program revisions outlined in PA 98, for consistency with the CWA. Based on the findings, the EPA will decide to approve or disapprove each program revision independently, and determine Michigan’s continued authority over 404 permitting.

CDR Principal, Jonathan Bartsch, facilitated a public hearing and summarized the public comments regarding the Michigan program revisions. Working in collaboration with EPA Region 5 and headquarters, Bartsch designed and facilitated an informational public hearing attended by over 100 representatives from agricultural, environmental, energy and other sectors.

The comments from the hearing as well as from written submissions were summarized and organized by CDR to provide EPA the ability to respond to the proposed program revisions. A significant divergence of opinion was expressed regarding the proposed program modifications with a wide range of opinions regarding whether or not to support the modifications. Most commenters, both supporting and opposing approval of program revisions, indicated a desire for Michigan to continue with its delegated 404 authority. The preponderance of comments cited the importance of continuing state administration of the 404 Program due to the improved customer service and rapport developed by the Michigan Department of Environmental Quality (MDEQ) with stakeholders, geographic conveniences including  multiple district offices, timely processing of permits, and an understanding of the unique needs and conditions of Michigan environment and economy.

Stay tuned as EPA makes a decision regarding how to proceed with the program revisions to the Clean Water Act 404 provisions in Michigan. 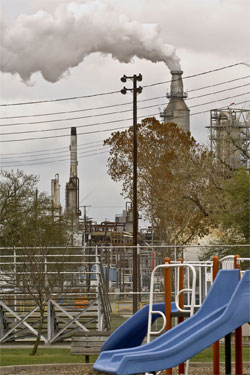 “We, who participated in the mediation process, had an experience that none of us anticipated.  While we believed that we could form a ‘legal’ agreement, we gave little thought to personal relationships.  We started out as adversaries with firm positions, people who did not know one another, and began by treating each other as stereotypes.  However, during the process we began to learn about, know and value one another as people of integrity and good faith.  In the end we formed relationships based on mutual respect, understanding and appreciation.  In short, we became friends.  This was not a goal, it was a gift.  It was a lesson for life for all of us and is of much greater value than any legal settlement could ever be.”

Lorraine and Michael for the community organization

Joy and David for the chemical company

In 1995 a toxic chemical (sodium chloride) was spilled at an off-loading terminal in a low-income community where a mix of industrial and residential use has created a number of challenges for residents of the neighborhoods.  The EPA agreed to a settlement with the responsible chemical company.  Neighborhood residents in the community where the spill occurred had organized meetings with city and State representatives to discuss this settlement.  This resulted in a recommendation to request a mechanism for contacting residents in the future, should another evacuation be necessary.

Although the EPA settled, the company was still responsible under the Emergency Planning and Community Right to Know Act (EPCRKA) to provide information about the spill to the affected residents in the community. This information was not provided, as required by the law and, two years after the spill, residents felt forced to sue the company.  However, residents were open to a settlement discussion, believing that communication and negotiation could possibly result in a satisfactory solution for all.  The company, which had positive experience with mediation in the past, was also interested in pursuing a mediated agreement.  After meeting in two one-day sessions, the parties reached agreement on all the issues, and the community organization that had filed suit agreed to have the suit dismissed with prejudice.

The affected community of 2200 homes was split in half during the 1960’s by the construction of two highways.  Over the past two decades, heavy industry has moved into the neighborhood.  61% of homes are owner occupied, many with two or three generations living in the community.  They are well organized and, due to the existence of many environmental hazards, have developed experience in working constructively (where ever possible), with companies who emit pollution into the environment.

There were three primary factors that helped this process to succeed. First was the mediators’ determination, as a result of the pre-mediation interviews, that a fundamental issue was the development of relationship among the real parties to the dispute.  To that end, the logistics were arranged in such a way that the parties were near one another, across the table.  The mediators then structured the initial stages of the process to focus on personal communication among the parties, with little input from the mediators OR the attorneys.  By focusing on this fundamental, developmental theme, the parties began to build relationships, which sustained the process when it moved into more difficult negotiation on the practical, financial resolution of the conflict.

Second was the “slower is sometimes faster” principle, something CDR references often in our work.  The parties were asked to slow down, in spite of the urge to present (and respond to) monetary demands, we postponed settlement discussions until there had been an opportunity to understand how each group had experienced the spill and resulting perceptions of one another.  These frank discussions helped to humanize the situation and build mutual appreciation, creating a foundation for a productive negotiation on the settlement itself.

The third factor involved the roles played by the attorneys and the parties in the actual negotiations.  The parties took the lead in discussions, with their attorneys present to provide legal guidance.  This allowed direct, unfiltered expression of perspectives and concerns.  This was especially valuable because the direct conversations enabled the parties to build on the developing relationship, making tangible proposals and offers based on the real interests expressed by both sides.

Partner Christopher Moore published an article for the Alliance for Peacebuilding last month on cutting-edge dispute resolution systems and grievance mechanism as they relate to our recent work in Afghanistan, South Sudan and Liberia. 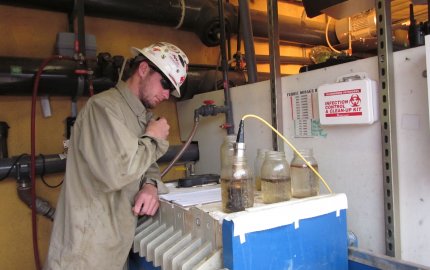 Produced Water is a term used to describe water that is produced in the fracking process.   CDR Associates has been working with stakeholders across Colorado to facilitate the conversation around produced water and its future uses, recycling possibilities and more.

CDR’s white paper on this process caught the attention of Colorado Public Radio and aided in a story being run this week as part of the Ripple Effect series.

You can read our white paper and check out the written and audio versions of the Produced Water episode of the Ripple Effect series.

Managing scarce western water resources increasingly requires an understanding of the multiple interests facing any watershed and ways in which they interact, overlap, and compete. CDR Associates reflects on inter-jurisdictional stakeholder based efforts in western watersheds.

Water managers and policy makers balance pressures ranging from ensuring a safe and reliable water supply for municipal and agricultural users, to maintaining a healthy river system, to protecting against flood danger and damage, to ensuring economic development and recreational opportunities. These interests often overlap – e.g., a healthy river system can help protect against flooding; a reliable water supply can help ensure flows to create or maintain a healthy river. For water-scarce western communities, however, with the increasing threats of climate change and reduced water supply, these demands are often seen as inherently competing for funding, public attention, priority status, and political support. This challenge is compounded by the siloes created in local government to manage different water-related programs and priorities.

Having facilitated several inter-jurisdictional, stakeholder-based efforts to create watershed-wide master plans for the State after the 2013 Colorado floods, CDR is working with municipalities to internally align their priorities and approaches to managing rivers. For cities juggling numerous river-related objectives (e.g., water supply, a healthy river, flood protection), this means building internal understanding about the nuanced ways in which their interests relate to and impact one another. For a utility department, this may mean a better understanding of what ecologists mean by ‘river health’ and how water supply projects or water management to meet multiple interests. For environmental scientists, this may mean a better understanding of the risks and threats that utility or storm water departments manage, including engineering projects that could be impacted by the timing or politics of river health projects.

As CDR’s work has shown, a forward-thinking, cross-sector approach to managing western water – particularly in this era of water scarcity and the unpredictability of climate change – requires building communication, trust and understanding across disciplines and interest groups; designing and developing mechanisms for collaboration, including effective facilitation; and leadership that promotes and supports this silo-busting approach. 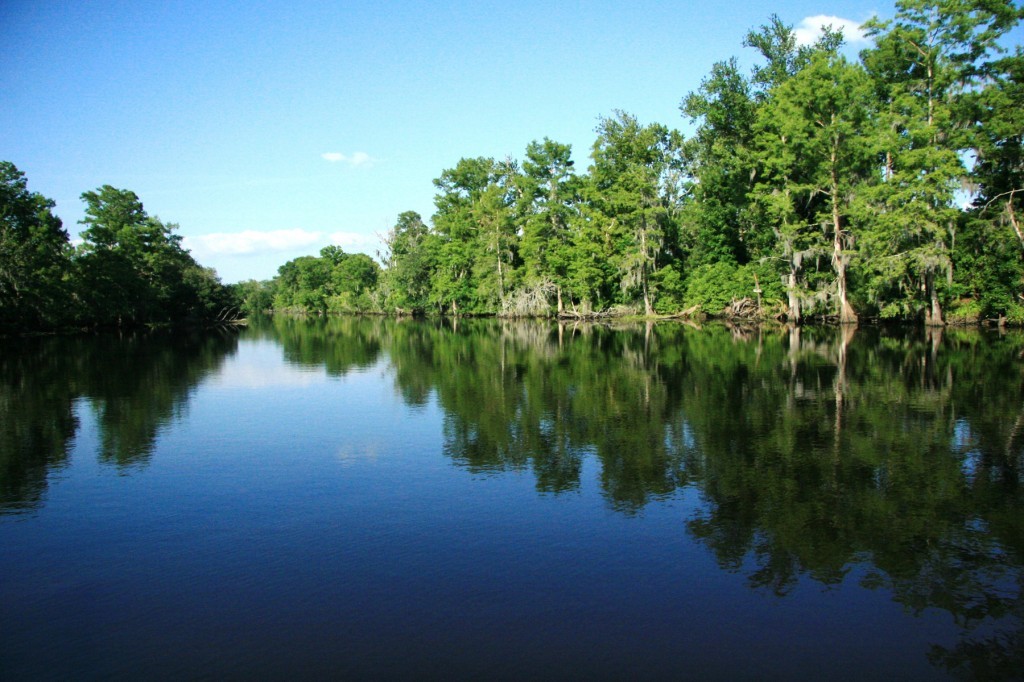 CDR’s CEO, Jonathan Bartsch supported the first ever 25 mile swim across Lake Pontchartrain to celebrate the improved water quality and coastal restoration of the area. The 25 mile swim was to support the Lake Pontchartrain Basin Foundation (LPBF), an organization dedicated to cleaning up the lake and drawing attention to coastal wetlands issues.  LPBF is celebrating its 25Thanniversary of tirelessly working to improve the water quality and quality of life in New Orleans.

Starting on the night of June 12 2014, Matthew Moseley and his support crew swam across Lake Ponchartrain, battling waves that grew to 4 feet and completed the first ever  swim across the lake in 14 hours and 55 minutes. The danger wasn’t merely lake swells and utter exhaustion, an interested alligator was pulled from near the finish area one hour prior to conclusion of the swim, adding additional drama to the exciting event.  Moseley followed the English Channel rules, which meant that he couldn’t touch another boat or person for the entire length of the swim. The major physical and mental accomplishment by Moseley was the first recorded solo crossing of Lake Ponchartrain.

While swimming is a different way to approach collaborative problem-solving work in the water arena, it is consistent with CDR’s commitment to promoting sustainable change in difficult situations.  For example, the LPBF has taken Lake Pontchartrain from a lifeless, dirty body of water with an EPA declared ‘no swim zone’ and turned into a resource with a healthy water quality and abundant supply of fish.  The Ponchartrain swim serves to remind us of the limitless possibilities when a vision is accompanied by careful planning, dedication and endurance.

For more information on Matt Mosley and his swim across lake Pontchartrain, click here.