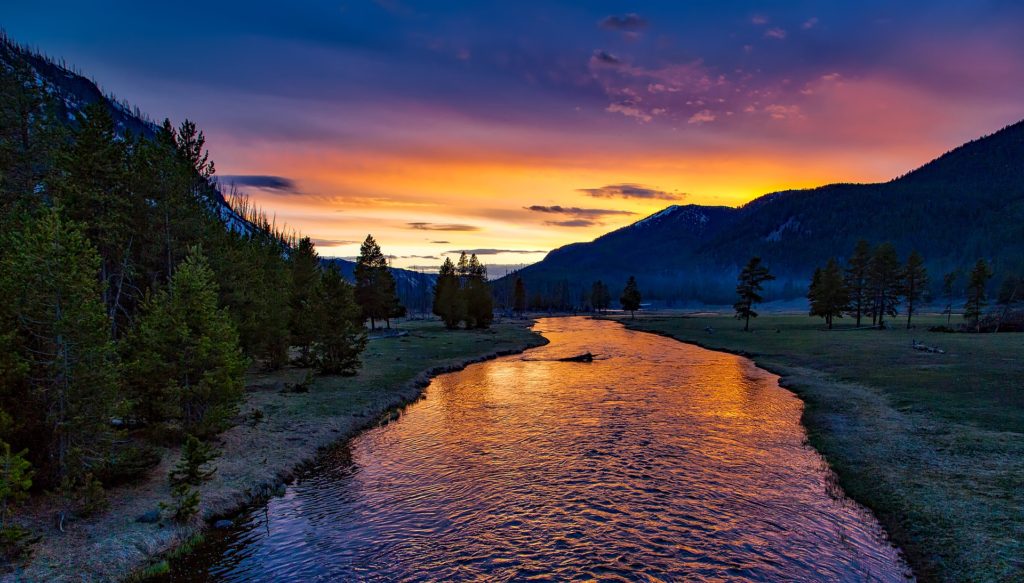 The National Park Service (NPS) is charged with providing innovative, learner-centered inclusive experiences that reflect current scientific and academic research and methods. The National Park System provides unparalleled in-person and remote learning opportunities for students of every age, primarily through the use of interpreters. Following the Centennial Anniversary of the Park Service, it became clear that the issues are changing and audiences are evolving.  Issues such as climate change, invasive species and endangered species protection, have the potential to delay, derail or dissuade attempts at dialogue and learning. To this end, the Park Service invited social science academics, practitioners and other subject matter experts to an interactive workshop to develop strategies to inform NPS science communication work in the Park Service’s second century.

Key workshop questions included:  1) how can the NPS effectively address the immediate learning interests of some audiences while delivering transformative learning opportunities for all and 2) how can – or should – the NPS best leverage audience-centered interpretation, mass communications, and technology to deliver experiences that advance critical dialogue, reach traditionally underserved audiences and 3) promote lifelong learning across all audiences.

The workshop outcomes included recommendations for innovative practices and tangible actions that can be implemented towards providing impactful communication. This includes a) methods and approaches for meaningful engagement with existing audiences b) opportunities to inspire interest among disengaged audiences on park topics, c) ideas on how to amplify the effect of these efforts through social networks and spheres of influence and d) identify fertile ground for pioneering new methods and technologies that explore the nexus of science, society and personal values. Over the course of the workshop, drawing from marketing, media, arts and humanities and social science as a whole, the workshop participants identified best practices, knowledge gaps and high-priority needs for data and research.

As part of a long-term relationship with the Park Service, CDR, with a team of NPS and Social Science communication experts, assisted in the design and facilitation of this important workshop. 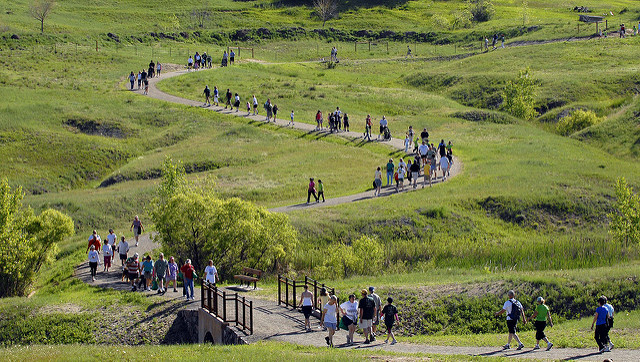 In mid-January, 2018, a diverse group of residents and agency representatives formed with wide-ranging areas of interest, but they had one thing in common — keeping Broomfield a healthy place to live, work, and play. The group is Broomfield’s Health and Human Services Advisory Committee or HHSAC (pronounced H-Sack). HHSAC meets monthly to advise the city and county on community needs and interests around public health. HHSAC met with Broomfield’s Public Health and Environment Division and CDR Associates to talk about the city and county’s Public Health Improvement Plan.

Colorado’s 2008 Public Health Act mandates that every five years local health agencies examine data about the public health of their communities. For Broomfield, examining this data is the foundation of their Public Health Improvement Plan or PHIP. In addition to the core services Broomfield’s Public Health Department always conducts, the PHIP identifies one or more public health issues that the city and county focus on for five years, seeking to make measurable impact on a stymieing challenge.

But there are so many different public health issues. Which one(s) should the PHIP focus on? That’s the question HHSAC, the public health staff, and CDR grappled with. Broomfield had  quantitative data on 12 health priorities, where they measured impact of various issues like chronic diseases, access to health care, mental health, and more. But, it was important to both Broomfield and HHSAC to understand the “why” behind the data, to get the opinions and knowledge of neighbors, service providers, and experts. Marie Grucelski, a public health educator for Public Health and Environment, says, “We need a combination of the facts and figures from places like the CDC and the Colorado Department of Public Health along with the views and opinions of our community members in order to tell the complete story of our community’s health.”

They’re starting in a good place. U.S. New & World Report ranked Broomfield as the 3rd healthiest county in the U.S. in 2018. Broomfield Public Health and Environment and HHSAC aim to make the city and county even healthier, for all populations in their community.

In order to select those public health priorities, Broomfield wanted to hear from the public. In conjucntion with City staff, CDR began conducting a Community Health Assessment or CHA. Broomfield’s goal with the CHA was to hear from as wide a group of voices from the community as possible. To do that, CDR developed multiple methods to meet various community members where they are — using a Broomfield-wide citizen survey, on-location card surveys, online digital surveys, in-person focus groups and interviews, and marketing approaches that notify folks through social media. CDR will collect and analyze the data, use a thematic categorization and coding system and a criteria selection process, and develop an analysis of the qualitative input to tell HHSAC what Broomfield’s community members think and know.

After the information has been collected and analyzed, CDR will gather once again with HHSAC and public health staff. They will meet again and begin review the  data — the quantitative date, the qualitative data, and the community input. CDR will work with HHSAC as they debate pros and cons and criteria for selection. In the end, HHSAC will select two to three public health priorities and will identify ways to make Broomfield a healthier place to live, work, and play.

If you have any questions about CDR’s public health work or community assessments and data analysis, write Jeffrey Range at jrange@mediate.org. 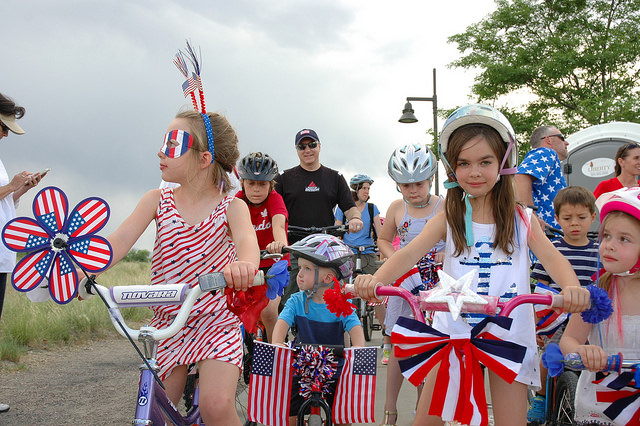 In 1898, The Bayer Co. commercialized their new pain reliever — a little off-the-shelf number called Heroin. At the time the opioid was considered a wonder drug. In 1996 Purdue Pharma started selling OxyContin. In 2016, the U.S. averaged 115 opioid overdose deaths a day.

We start with the opioid epidemic because it’s topical. It’s in the news and on our minds. It’s also but a single chapter of the broader substance use and abuse story. The opioid epidemic, as an illustrative case, can seem insurmountable. And drug abuse issues in general can produce similar thinking. Can anything be done, or are we helpless in the face of this massive problem? The Public Health and Environment Division in Broomfield, Colorado say something can be done.

The division is launching a Communities that Care (CTC) program to address youth substance abuse. CTC is a program of the Center for Communities that Care out of the University of Washington. “The CTC process begins with a youth survey to identify a community’s risks and strengths. Based on these data, CTC helps communities select and implement tested & effective prevention programs and policies. CTC also helps amplify programs already working.”

The group, the steering committee, would be charged with recommending two to three factors for Broomfield to focus on, selected from CTC’s overall 32 factors. The factors a community selects help determine which strategies a community will employ to address youth substance abuse. Factors are separated into “protective factors” and “risk factors.” To oversimplify it, protective factors are proactive things that keep kids from getting into drugs, while risk factors are the types of events and influences that can lead a kid to getting into drugs. Which to focus on? Which will have the most effectiveness? Which is most influential in Broomfield? Answering those questions were the charge of the steering committee.

Gathering community input sought to get an on-the-ground understanding of drugs and kids in Broomfield. This is where CDR came in.

CDR had two jobs on this effort – collect the community input by conducting a series of interviews and help the steering committee make a consensus decision.

But why all the trouble? Broomfield had the authority to make a decision on which factors and strategies to select. Alison Long, Director of Health Promotions at Broomfield Public Health and Environment, said, “It is challenging to work with a group of residents from different disciplines and perspectives to come up with recommendations on how to address the complex problem of youth substance abuse. But when the coalition was able to reach consensus based on community input, we gained buy-in and support for our goals that would have been more difficult working as an individual organization.”

She spoiled the endgame there a little. But, she’s right. First, the steering committee passed a consensus-based recommendation to Broomfield. They recommended Broomfield focus on (1) School and Community Opportunities for Prosocial Involvement (Protective Factor) and (2) Early and Persistent Anti-Social Behavior (Risk Factor). And, the work of obtaining community input from schools, police, health care providers, youth who were former users, parents of kids with addiction, and other nonprofits created a big team, who’s invested in this issue; who wants to collaborate to make meaningful change on the issue; and who bring unique knowledge, resources, and ideas to addressing the issue. That’s to say, by getting community input, Broomfield not only got key information. They also got partners.

In the end, Broomfield is taking on a massive challenge, using tested strategies to do so, tailoring it to meet Broomfield’s unique needs, and founding it – using CDR’s help – on community partnership. 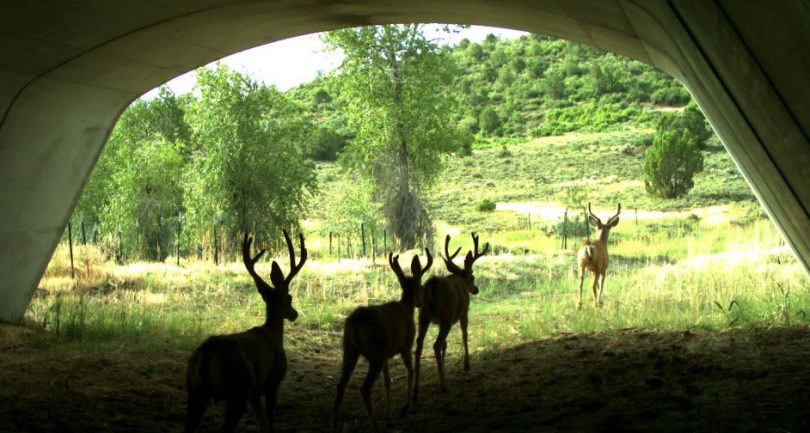 From 2005-2014, the total average cost of wildlife-vehicle collisions to Colorado citizens (not including the value of the wildlife killed and impacts to wildlife populations) was $57.3 million/year. In addition, there are an average of 3.3 human deaths as a result of wildlife-vehicle collisions per year and many more wildlife deaths. The Colorado Wildlife and Transportation Steering Committee is working hard to decrease these numbers.

In November of 2017, CDR posted this article about a new initiative addressing highway permeability in Colorado’s wildlife migration corridors. Since then, CDR has begun coordinating efforts between CDOT, CPW, FHWA, USFS, Mule Deer Foundation, Rocky Mountain Elk Foundation, and the Southern Ute Indian Tribe focused on Colorado’s wildlife and transportation integration. A Steering Committee has been formed to “provide safe passage for people and wildlife in Colorado,” and leaders from both the west and east slope are participating in the conversation. To achieve their goal, the group will identify ways to incorporate wildlife crossings into highway planning as well as look at habitat restoration along migration routes.

Currently, the initiative is in its formative stages and is working on both West and East Slope Wildlife Prioritization Studies. These studies, led by CDR partner JACOBS, will help the Steering Committee identify both highways and roads as well as species to prioritize when incorporating wildlife movement and habitats into highway planning. Once this data is collected, CDR and JACOBS will work together with the Committee to determine pathways for effectively sharing data across agencies and with the public. In addition to developing Committee buy-in for the initiative, CDR will be developing a broad engagement and education strategy across the state.

CDR is spearheading Steering Committee coordination and is committed to keeping the momentum from the successful 2017 Wildlife and Transportation Summit going. CDR has facilitated two Steering Committee meetings in 2018, establishing the group’s mission, vision, and goals through July 2019. Additional meetings are planned as the group begins to work on forming education opportunities, partnerships, and procedures.

We will continue to update you on education opportunities in your area and post group updates as they arise.